The Jim Beam American Stillhouse has got more than a few picturesque sights. The building itself is a replica of a 1940’s stillhouse, including the actual staircase from the original historic stillhouse. Then there’s the rackhouses, limestone water wells, bottling lines, bourbon tasting rooms, and much more.

Beam Suntory is crafting the spirits that stir the world. Rooted in two centuries of family heritage, Beam Suntory has evolved into one of the world’s leading premium spirits companies where each employee is trusted with a legacy. With their greatest assets – brands and people – they are driving growth through impactful marketing, innovation, and entrepreneurial spirit.

For the Jim Beam American Stillhouse, a replica of the 1940s-era one that burned down earlier, the company sought to include an elevator looking like a columnar still. The architectural firm designed the 50’ tall copper-clad installation to visually match the iconic building. Fitting the cab, custom-manufactured by a company in California, proved problematic.

Utilizing DC Elevator know-how and experience and the tools and capabilities of a trusted vendor, we worked closely with the architect and the cab designer to make the cab fit seamlessly. The door design and function were modified while keeping the intended visual direction intact, and we completed this one-of-a-kind installation in time for the October 2012 opening.

The Stillevator – as Kentucky as the Legend It Serves

Nothing says Kentucky like Bourbon. A 1964 Congressional Resolution designated Bourbon as America’s native spirit, and no one respects their Bourbon – and Bourbon history – more than the whiskey distillers and connoisseurs of Kentucky. The story of Jim Beam spans seven generations and over more than 200 years; Conquering many challenges for one single goal: to make the best bourbon in the world. One family has been creating and living one of the world’s greatest legacies, right in the heart of Kentucky.

The Jim Beam American Stillhouse has welcomed more than 100,000 guests since it opened in fall of 2012. A replica of a 1940s stillhouse, the Jim Beam American Stillhouse showcases the centuries-old Jim Beam Bourbon-making process from start to finish. Guided tours start with Beam’s natural limestone water well and take guests through the mashing, distilling, barreling, storing and bottling lines. A total whiskey immersion engages the senses, while also offering guests a historical look at The First Family of Bourbon. Complimentary self-guided tours are also available.

No tour is complete without a ride in the building’s original Stillevator – a two-stop hydraulic elevator that looks just like a columnar still. Like the spirits rising during the distillation process, the Stillevator elevates the guests on their way from the first to the second floor. 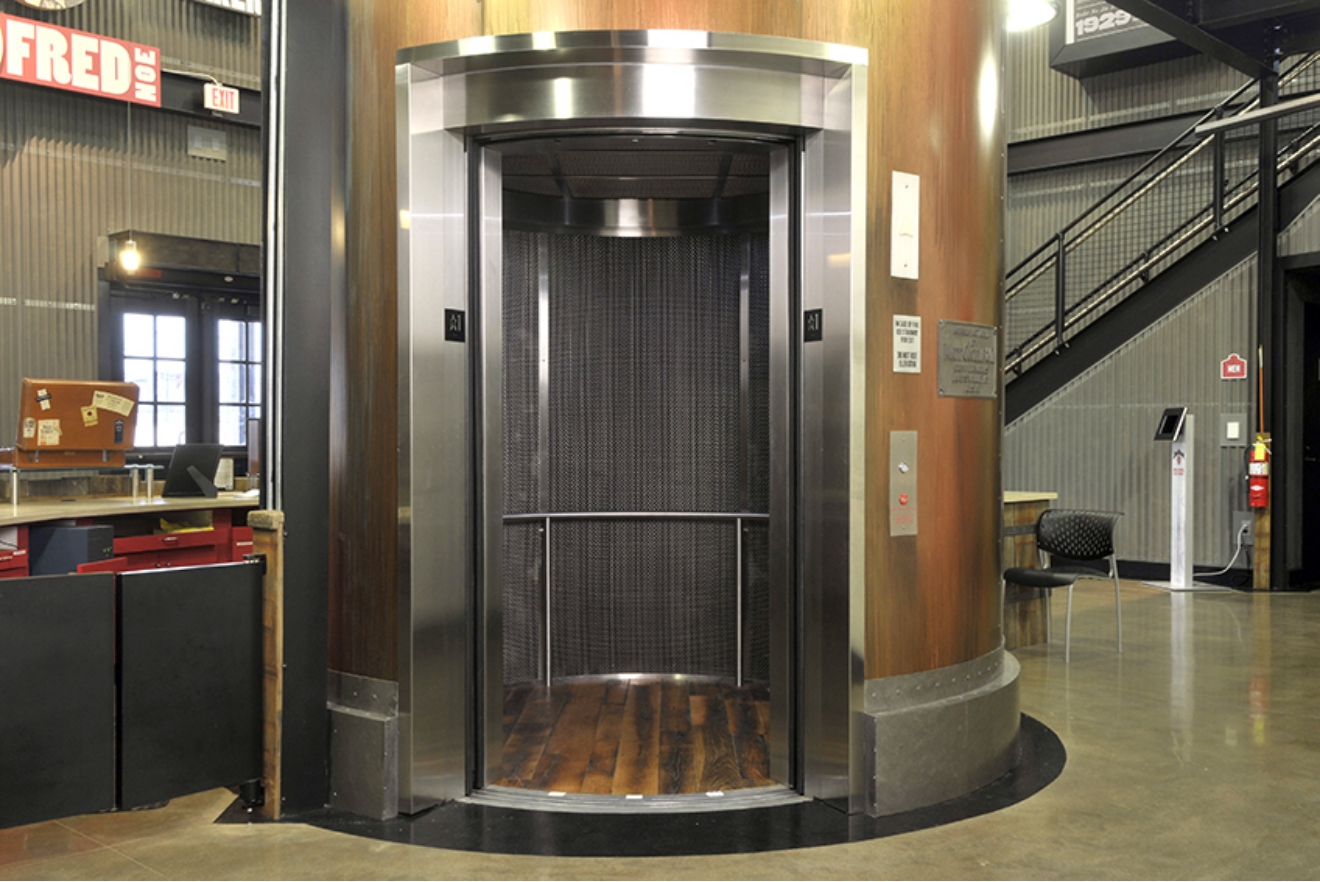 The architect of the building intended the Stillevator to closely match a columnar still. The materials – white oak, stainless steel, and copper – are echoing the elements one can find in the building design and throughout the property. The mesh cab roof allows the passenger to look upwards, and the curious guest is rewarded with a view of the hoistway illuminated by the light from the structure’s many bull’s-eyes. The Stillevator is featured in the August 2013 Elevator World magazine and won the 3rd place in the issue’s Cab Design Photo Contest. 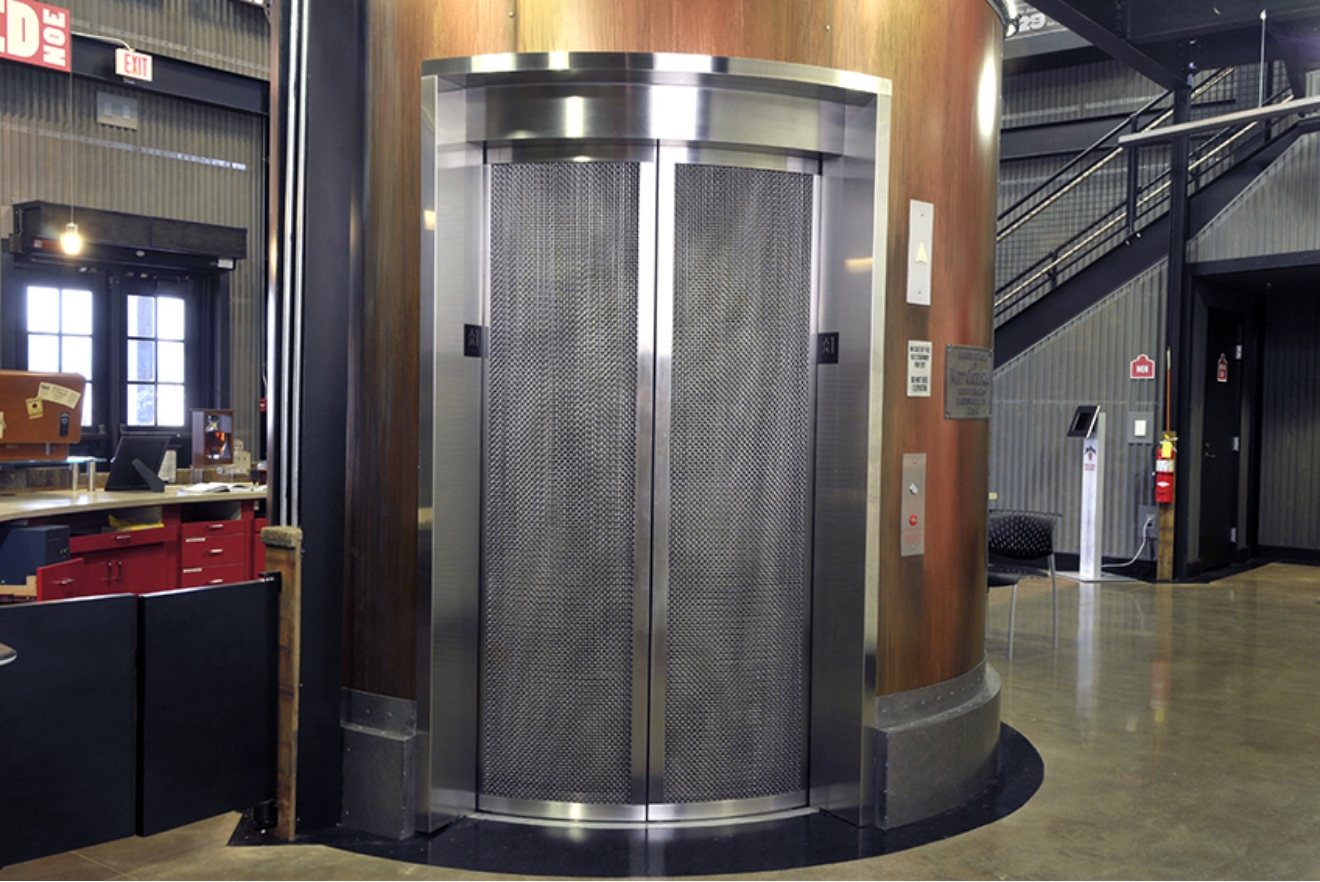 Secrets are for strangers; at the Jim Beam® American Stillhouse, you’re family. You get an up close and intimate look at Jim Beam® Bourbon and how it’s made. Guided tours take you through the entire process. Please find open days and tour hours on the official website. 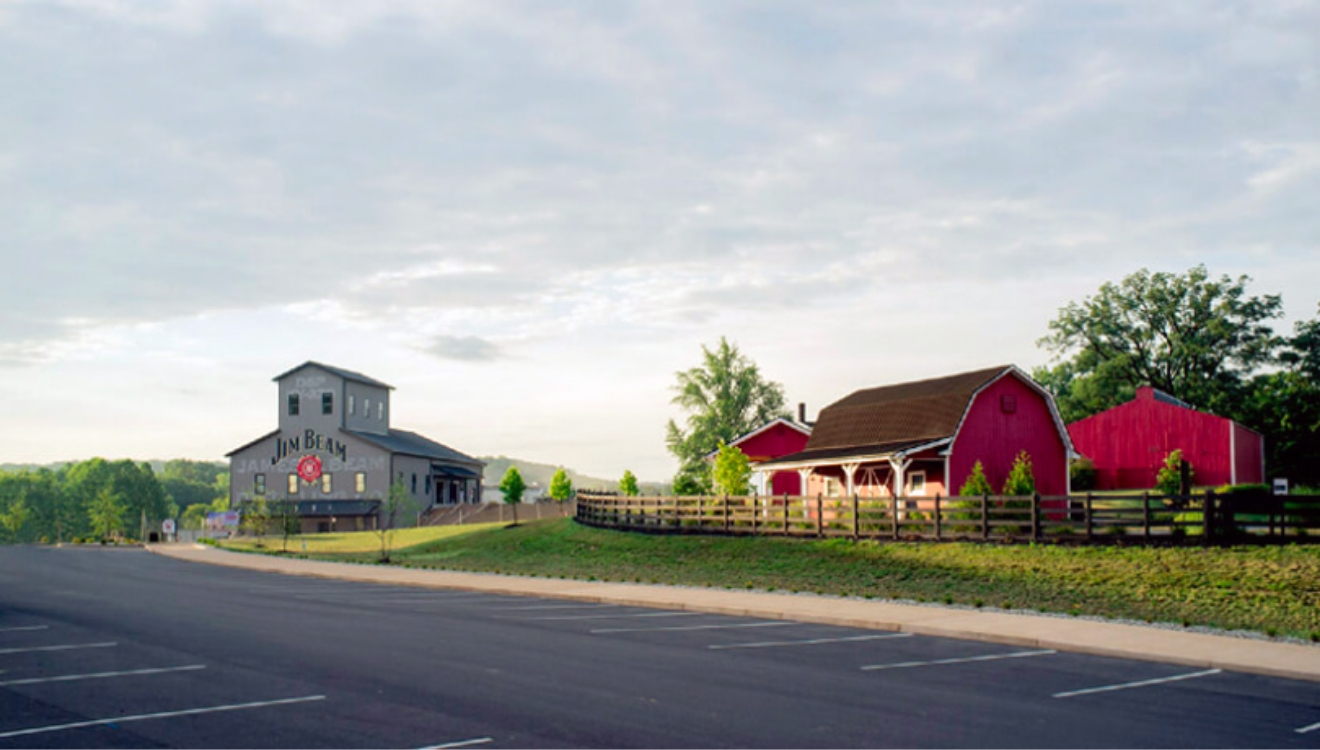 The Clermont Location Invites to a Visit

Check out the gallery below for more Stillevator pictures: 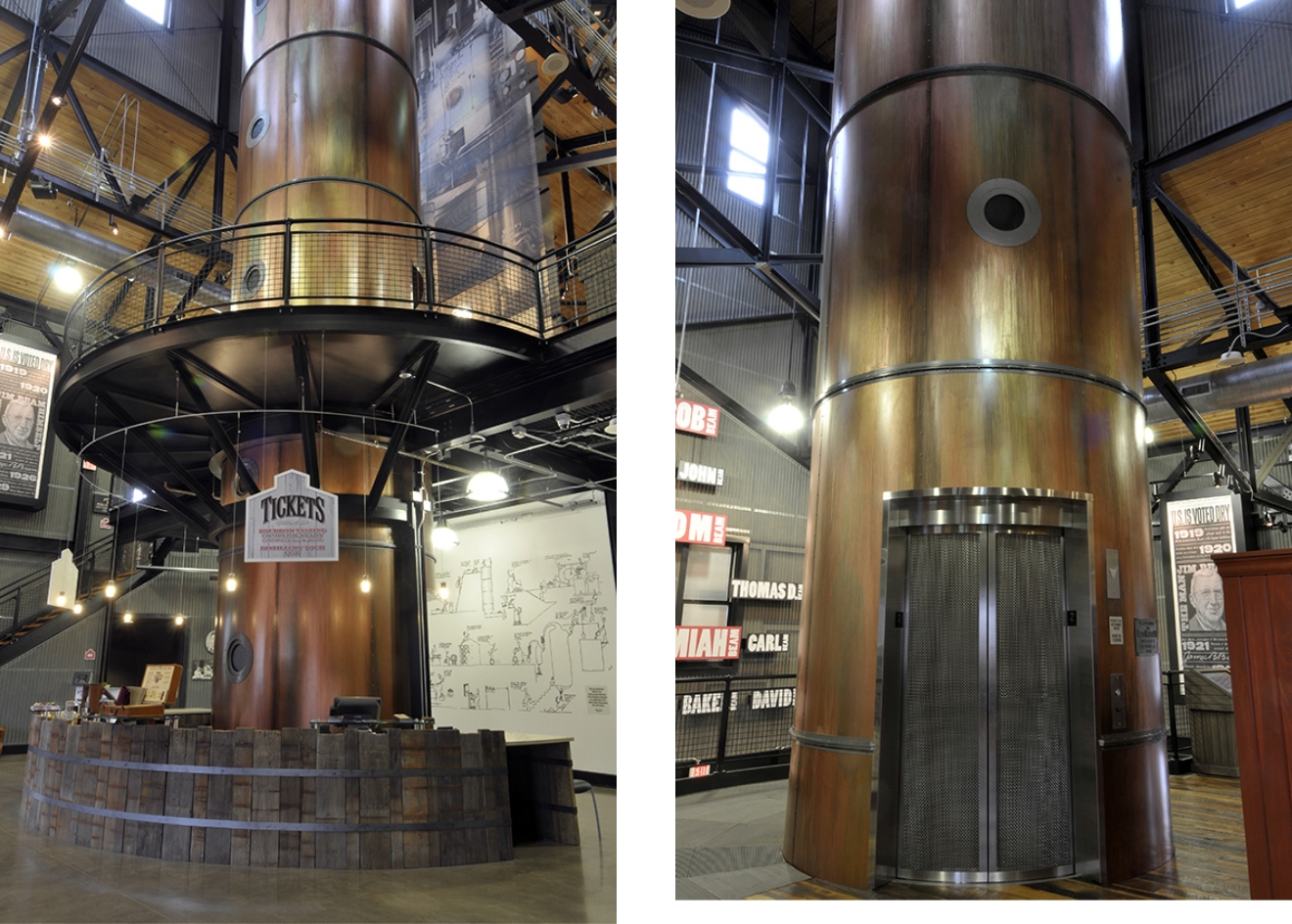 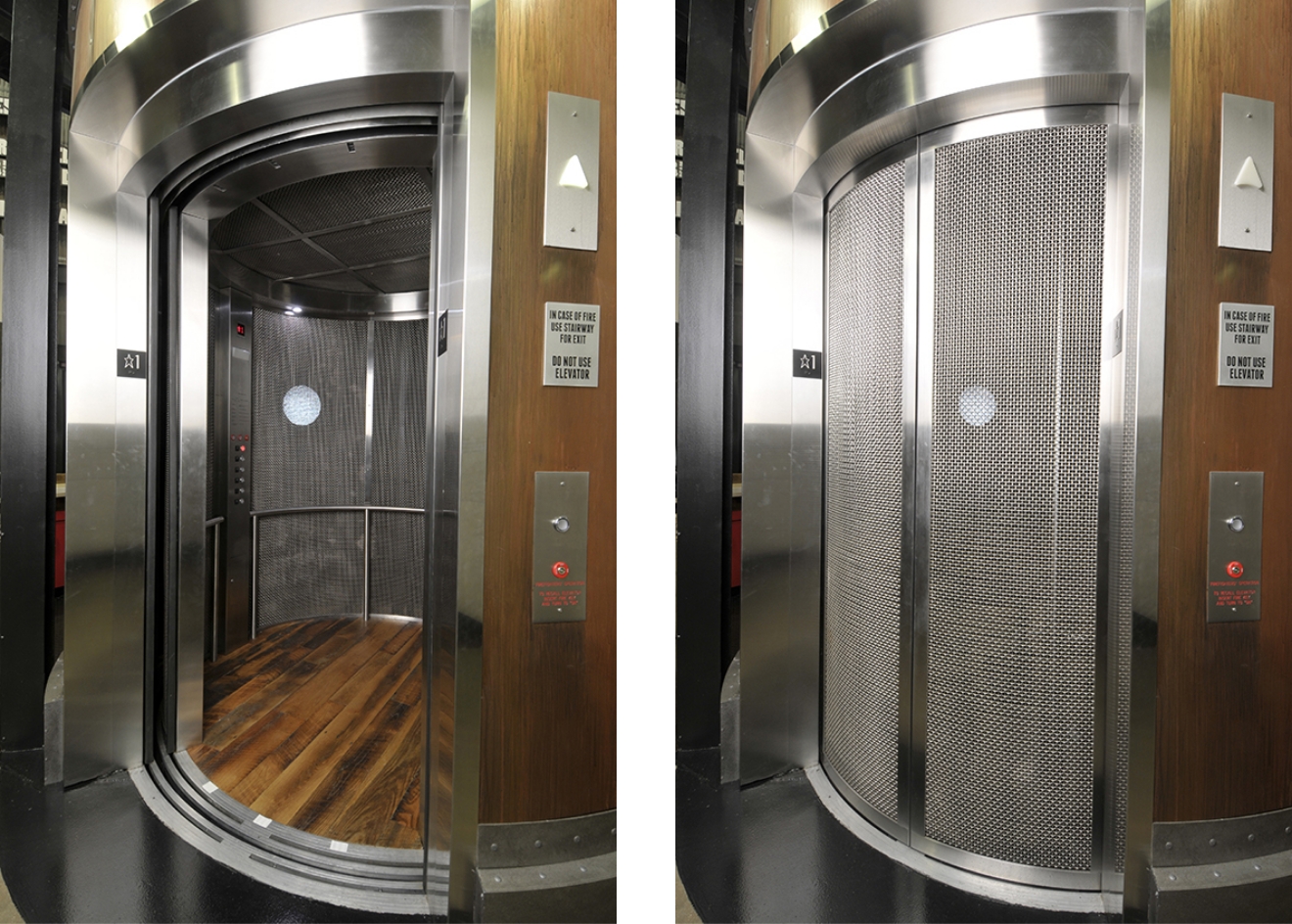 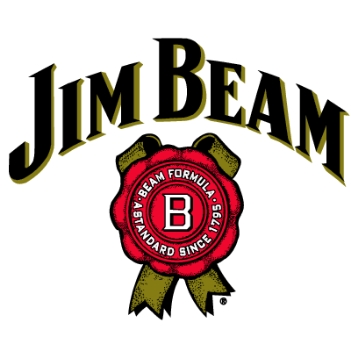